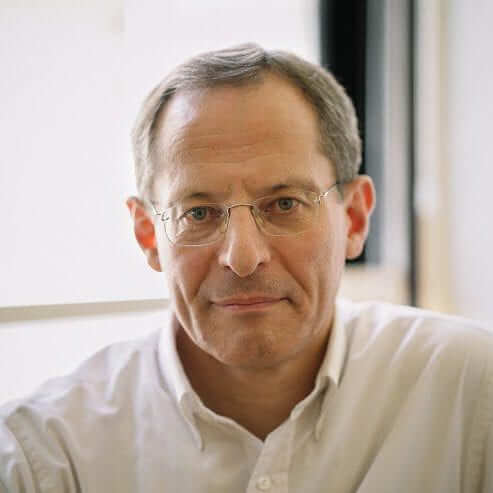 Chairman of the board

Eugene Kandel is an Israeli economist, who is CEO of Start-Up Nation Central. Previously he served as Chairman of the Israeli National Economic Council (NEC), under Prime Minister Benjamin Netanyahu. Being appointed by Prime Minister Benjamin Netanyahu in 2009, he was asked to serve a second term in 2013 where he stayed until 2015. Previous to his political career, Kandel studied Economics at the Hebrew University and obtained an MBA and MA in Economics and Econometrics at the Chicago University and the Hebrew University. In 1990 he graduated as Ph.D. in Business Economics and Industrial Organization at Chicago. He has been a (visiting) teacher at various universities. In 2015 Eugene Kandel was named CEO of Start-Up Nation Central, a not-for-profit organization connecting international business and government leaders with the Israeli innovators and technologies that will help them to solve their most pressing challenges. The platform is seen as the global leading example of stimulating and enabling entrepreneurship and startups. 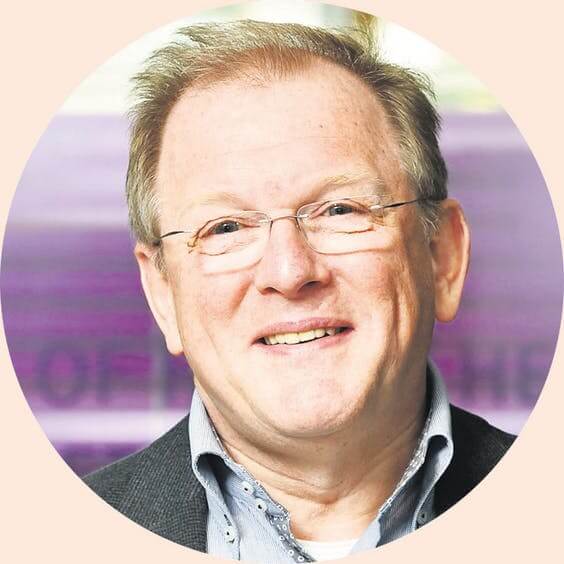 Prof. Ton Backx received his B.Sc. and M.Sc. Electrical Engineering from the Eindhoven University of Technology (TUE) from 1972-1977. After gaining some working experience in industry, he returned to TUE for his PhD focused on Systems Identification and Model Based Process Control which he finished in 1987. He attained a position as part-time professor at TUE in the Control Systems group in 1990. or the past two decades Ton has had senior management positions within Setpoint, AspenTech, IPCOS and Eindhoven University of Technology. Ton Backx is specialized in the field of process identification, model based process control and model reduction and its applications to a wide range of processes in hydrocarbons processing, chemical processing, glass manufacturing and steel production. 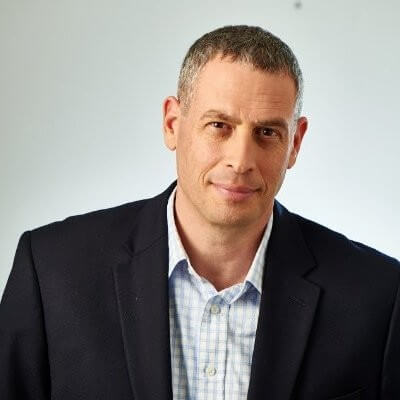 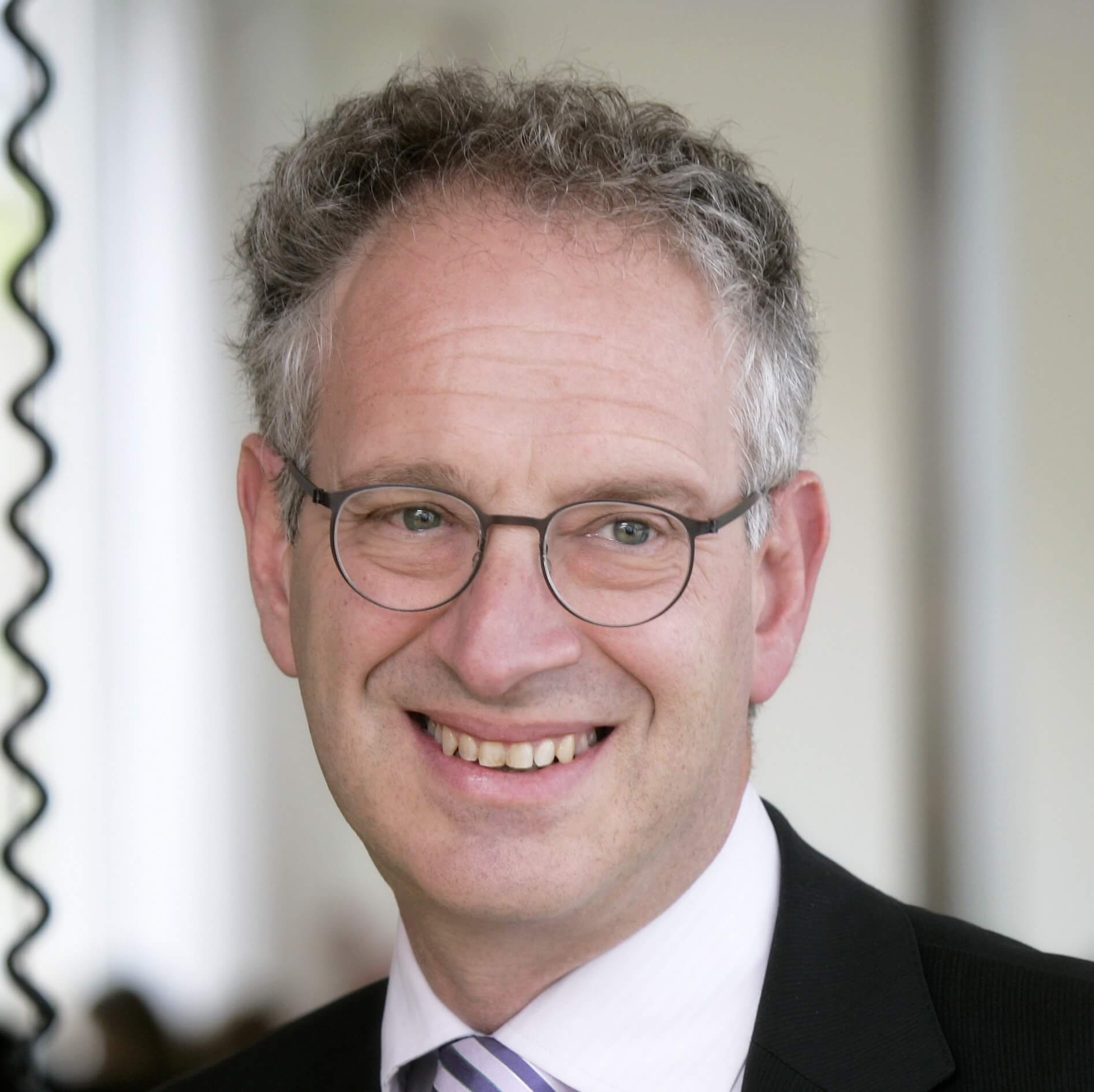 Raoul Bino is general director of the Agrotechnology & Food Sciences Group (AFSG), one of the five research groups of Wageningen University & Research (WUR). He is in the board of many Dutch research and education programs, member of the executive board of the Top Institute Food Nutrition (TIFN) and represents the Dutch scientific community in the Topteam Agro&Food for the Ministry of Economic Affairs. He is specialized in Food Technologies, Plant Sciences, Biochemistry and Metabolomics with special attention to human health. 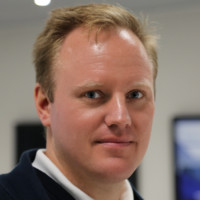 Onno Huiskamp received his B.Sc. Management, Economics and Law at Avans University of Applied Sciences in 2011.

After his studies he worked for an M&A boutique in the Netherlands specializing in tech and family transactions. Transferring to the regional development agency in Noord-Brabant 2013 he was made responsible for high tech in the strategic acquisitions program at the Foreign Direct Investments department, working mainly with high tech companies from Japan, Taiwan and Israel. In 2016 he was transferred to the provincial government to develop the international program, with a focus on high tech hubs in Tel Aviv, SF and Tokyo. During this time he worked with the Technical University Eindhoven to set up the roadmap for Integrated Photonics, WTMF. In addition the Brabant Innovation Days, yearly partnership events in Tel Aviv, Tokyo and SF for Brabant based research institutes in flexible electronics, thin film solar, 3D printing and Photonics were set up.

Daniela is building a global web of ecosystem development organizations that utilize the same infrastructure, share best practices and develop opportunities for multilateral collaboration. In addition, leading the team managing country initiatives such as India. Prior to this, Daniela established SNCs department focused on alleviating the shortage of human capital in the Israeli ecosystem, played a pivotal role in developing SNC’s strategy, and facilitating academic relations.

Before joining SNC, Daniela spent a few years in government, focusing on financial innovation, social entrepreneurship and impact investing. Developing the first social impact bond for the prevention of type 2 diabetes, designing the tender for a social impact fund, and promoting the inclusion of disadvantaged populations in the workforce.

Ms. Kandel holds a Masters’ degree in Financial Economics and a Bachelors’ in Economics and Statistics, both from the Hebrew University of Jerusalem. 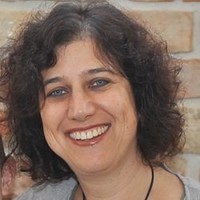 Dr. Levy is the Senior Deputy Director-General of Agricultural Innovation at the Israeli Ministry of Agriculture where she helps promote entrepreneurship and innovation in the Israeli Agtech industry. Dr. Levy helps developing the Israeli ecosystem by connecting all the stakeholders such as companies in all stages, investors, academic researchers, etc. She holds deep knowledge of the Israeli and global Agriculture markets from various aspects.

After years of academic research at UC Davis, CA and The Weismann Institute, Dr. Levy transitioned to the business world combining her in-depth understanding of technology with the markets’ business needs. Prior to her appointment as the Senior Deputy Director-General, Agricultural Innovation, Dr. Levy served as VP, Head of Business Development Agritech, Veterinary & Environment at Yissum, the Technology Transfer Company of the Hebrew University of Jerusalem.

Dr. Levy was appointed in 2017 as a board member (by the Minister of Agriculture) to the “Israeli peanut council”.

Between 2010–2018, Dr. Levy served as the Deputy Mayer of Oranit (volunteer position) and as a board member in the “Oranit Municipal Financial Corporation”. 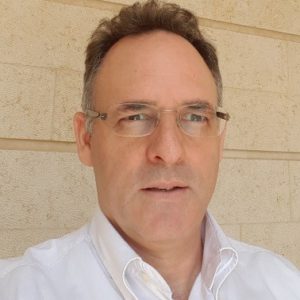 Iddo Moed is the Cyber Security Coordinator in the Israeli Ministry of Foreign Affairs. He is also a member of the UN Group of Governmental Experts on Developments in the Field of Information and Telecommunications in the Context of International Security. Iddo Moed joined the MFA in 1992 and was posted in several missions around the world including The Dominican Republic, The Hague and Beijing (DCM). Positions in Israel included Head of the Training Department, Assistant to the Director General and Assistant to Senior Deputy Director General. As Coordinator he is responsible for the formulation and coordination of policies regarding international cooperation in cyber security. 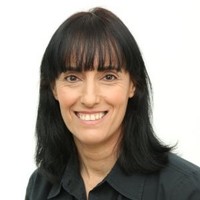 Prior to establishing SagivTech Chen worked as algorithms developer in Israel and the Netherlands.

Besides her professional activities Chen volunteers as a Math teacher for at risk youth and she serves as a member in the committee to promote women in science and technology at the Israeli Science and Technology Ministry. 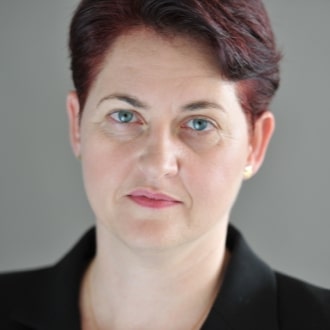 Nili Shalev, Director General of ISERD - The Israel-EU R&D Directorate at the Israel Innovation Authority, has more than 20 years of experience representing the Israeli Ministry of Economy and Industry in a wide range of executive positions.

Appointed to her present position in the summer of 2016, Mrs. Shalev is responsible for the implementation of the Israel-EU agreement on Research and Development, Horizon2020, creating support- infrastructure and initiating activities for promoting industrial and academic R&D cooperation between Israel and Europe through a variety of multilateral and binational platforms.

Since first joining the Ministry in 1995, Mrs. Shalev was the Director of the Government SEED Fund at the Office of the Chief Scientist, a multimillion dollar support program aimed at providing incentives for prospective investors in Israeli high-tech start-up companies. She also served as the Advisor to the Director General of the Ministry. From 2004 – 2008, she served as the Israeli Trade Commissioner in Australia and New Zealand. In 2010-2011 Ms. Shalev served as the Director of the International Projects and Financing Department managing several multimillion dollar funds in order to promote and finance Israeli industries. And prior to her recent appointment, from 2011-2016, she served as the Economic Minister to North America of Ministry of Economy and Industry in NY, responsible for promoting trade and investment between North America and Israel.

From 2008-2010, Mrs. Shalev was employed in the private sector as Marketing Director for Miya, an Arison Group company that offers comprehensive water efficiency solutions for municipalities. 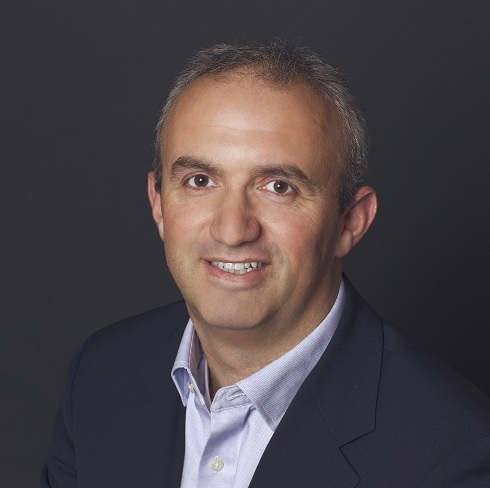 Gideon Soesman is co-founder and managing partner of GreenSoil Investments, which has offices in Toronto, Canada and Ra’anana, Israel and funds companies with transformative technologies that change how we use the world's resources. GreenSoil's activities are concentrated in two investment funds: GreenSoil Agro & Food Technologies Fund (GAFT) and GreenSoil Building Innovation Fund (GBIF). Before co-founding GreenSoil, Gideon founded and managed GMS Capital, a boutique investment bank. Prior to GMS Capital, Gideon was responsible for all global merger and acquisition activities for a major division of Royal Philips Electronics and managed deals valued at over $1.5B. At Philips, Gideon also served as Director of Corporate Strategy & Venturing, with overall responsibility for all deal flow management, due diligence, deal negotiations, and portfolio management in Israel.

Gideon holds a B.A. in Economics from the Hebrew University, Jerusalem, and an M.A. in Business Administration from the Boston University / Ben-Gurion University of the Negev. He immigrated to Israel from the Netherlands in 1990.

Do you need some help with extending your network in both The Netherlands or Israel. Connect with us and talk about the possibilities.